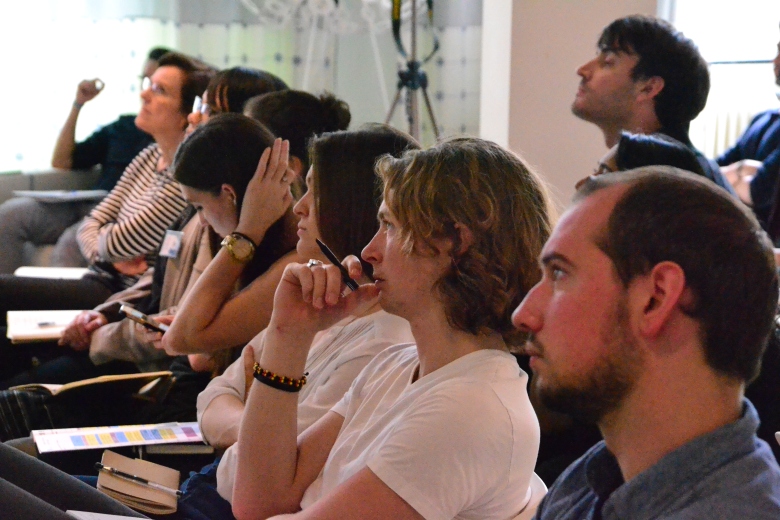 From the World Urban Campaign

“The Urban Thinkers Campus model is an initiative of UN-Habitat conceived as an open space for critical exchange between urban researchers, professionals, and decision-makers who believe that urbanisation is an opportunity and can lead to positive urban transformations. It is also intended as a platform to build consensus between partners engaged in addressing urbanization challenges and proposing solutions to urban futures.

The first Urban Thinkers in Campus was organised in October 2014 on the theme The City We Need, and brought together urban thinkers and established UN-Habitat partner organisations and constituencies to reflect on current urban challenges and trends and to propose a new paradigm. Building on the previous deliberations of the World Urban Campaign, this Campus was meant to gather new thinking and strengthen the first campaign position entitled The Future We Want – The City We Need that was prepared from September to December 2013 and launched in March 2014 in New York prior to the Seventh Session of the World Urban Forum (April 2014, Medellin). The First Urban Thinkers Campus was acknowledged by participants as a model to pursue for further debates in order to bring partners around the table to negotiate principles, policies, and action planning on key issues that need to be addressed at the Habitat III Conference and built up in the New Urban Agenda.

Subsequently, the World Urban Campaign Steering Committee at its 11th Meeting in October 2014 recommended that other Urban Thinkers Campuses be solicited in order to amplify the urban thinkers’ movement towards Habitat III. Those new campuses would allow strengthening The City We Need position of partners further. From 29 June 2015 to 20 February 2016, Urban Thinkers Campuses have been organized around the framework of The City We Need. engaging 7,847 men and women from 124 countries and 2,137 organizations, representing fourteen constituent groups: Local and Subnational Authorities, Research and Academia, Civil Society Organizations, Grassroots Organizations, Women, Parliamentarians, Children and youth, Business and industries, Foundations and Philanthropies, Professionals, Trade Unions and Workers, Farmers, Indigenous people and the Media. These constituencies have gathered in 26 Campuses to converge and debate in multiple Urban Thinkers Sessions, Urban Labs, Plenary Debates, Exhibitions, Media and Cinema Sessions organized, under the leadership of the WUC partners. The journey which started in Caserta drove us to Stockholm (Sweden), Kampala (Uganda), Hong Kong (China),

The recommendations made by the Urban Thinkers Campuses were then compiled and distilled by a Drafting Committee which concluded its work on 12 March 2016 to deliver The City We Need 2.0. The manifesto was then adopted unanimously by the World Urban Campaign Steering Committee on 16 March 2016 in Prague/Czech Republic, where they acknowledged the Urban Thinkers Campus as an unprecedented consensus-building process whereby everyone was given a voice through a decentralized model. Never before in the history of UN-Habitat has such a decentralized process been able to engage participants on that scale in a structured dialogue, giving a voice to everyone to build a joint manifesto.

The UTC process offers a structured model of participation in multiple locations, allowing people to contribute in a longer time frame while bringing to the table the specificities of different contexts. It builds on both global and local engagement, allows participation from diverse regions, at different times and in different types of sessions allowing dialogue, showcasing, experimentation and consensus building among structured constituent groups and following an agreed format and the same reporting framework for all UTCs.

The City We Need 2.0 presents a new urban paradigm for the 21st century, a vision that was shared with the world before the United Nations Conference on Housing and Sustainable Urban Development (Habitat III), before the Zero Draft of the New Urban Agenda to disseminate compelling messages around key principles, drivers of change, solutions, and generate commitments.

What is an UTC (Urban Thinkers Campus)

Urban Thinkers Campuses are sponsored by the World Urban Campaign and UN-HABITAT. They are long workshops gathering different stakeholders in order to discuss specific urban development issues and agree on policy commitments. Our UTC is specifically about education that prepares young professionals to implement the New Urban Agenda, launched in Quito in October 2016.
%d bloggers like this: